A couple days ago, my friend gave me this article link from the New York Times. This article reports that four students and a popular professor at the Korea Advanced Institute of Science and Technology, known as KAIST, had committed suicide. I heard about this news from Korea a while ago and I am so sorry to hear that they chose to commit suicide. It's a very critical moment so I wanted to share this article with all of you.

The article also talked about unhappy young South Korean students and the reality of the education system in South Korea. According to the NY Times, "The competition for a place in a leading university begins in middle school for most South Korean students. More than 80 percent of Korean young people go to college, and parents here spend more money per child on extra classes and outside tutoring — including military-style “cram schools” — than any other country in the O.E.C.D."

That description is quite true what I went through. It reminded me of what I wrote in my thesis:


Competition was a major theme that stayed with me while I was a student in Korea. The competitive nature of the school necessitated examinations in subject matters as broad as mathematics, sewing, piano performance and drawing. My society and my training demanded that I excel at all of these tests. After each exam was graded, most students would ask around for each other’s grade to see where they ranked. The majority of my peers believed that scoring high were the only way to gain recognition in society. There was not much evidence to believe otherwise.

To make things worse, these days I think the competition for a place in a leading university does not begin in middle school for most South Korean students. I would say that it starts at a very young age like 3 to 5 years old because they need to study English so hard to be able to speak English like their first language. 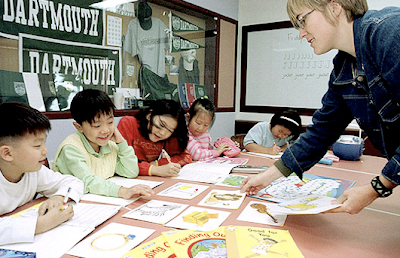 It is too big a subject to unpack here right now. So I will end this post here. In the next post, I will talk about how when I became a college student, I quickly realized that the competition was not limited to the boundaries of academics. There is so much to talk about...

Why I do what I do

Yong Joo Kim
A native of Seoul, Korea, Yong Joo is a Niche award winning artist who explores the phenomena through which beauty emerges. She investigates both conscious and sub-conscious modes of making, and draws comparison between this process and the evolutionary process found in nature, with a special focus on the role of human trust of material potential in the context. Yong Joo is an MFA graduate from the Rhode Island School of Design in Jewelry and Metalsmithing.In 2012, she was awarded the prestigious Niche award in Jewelry: Sculpture to Wear. She is also the recipient of the Adrianna Farrelli Prize for Excellence in Fiber Art from the Philadelphia Museum of Art. Her work has been selected as part of the Museum of Arts and Design’s (MAD) permanent collection, and internationally exhibited at museums and galleries in New York, Boston, Chicago, Miami, Philadelphia, Seattle, Sydney, Firenze, Kyoto and Seoul. As both an independent artist and co-founder of Sublime Experiment, she continues her search into the meaning of beauty  and the process of exploration responsible for uncovering it from unlikely sources. She works and lives in Providence, RI.